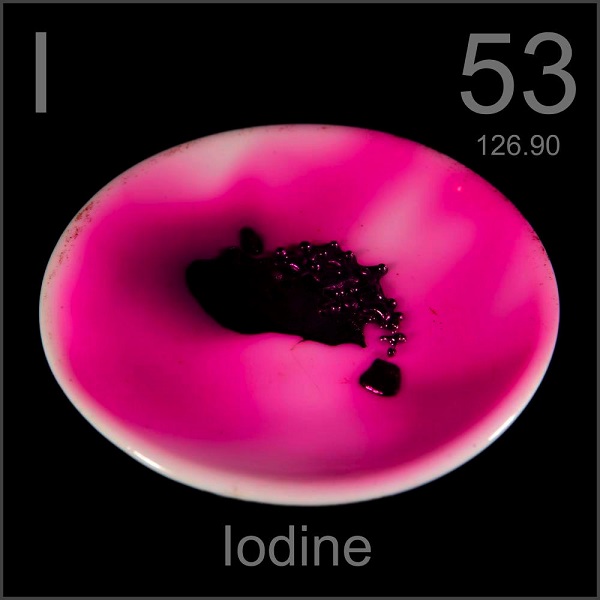 Treating a symptom in isolation to effectively “stop it from happening” with a pharmaceutical drug or procedure is the typical conventional approach to health care. But what if stopping a symptom isn’t helpful? What if we still experience problems associated with that symptom … or worse, other symptoms develop?

Herein lies the problems with focus on symptoms versus cause of the health issue in question. When we attempt to suppress the symptom, our bodies often continue to tell us, in other ways, that something still isn’t quite right. We have been taught by some doctors to not listen to our bodies, and to question our own sense of something not being right. In some cases, we may have been called hypochondriacs, or had a number of tests run by multiple doctors, only to discover that there is “nothing wrong”.  Despite what we’ve been told, we may have walked out of the doctor’s office with the persistent, lingering feeling that something is, indeed, not right!

Weight gain is a pervasive issue. For most of my life I’ve known many, including family members and friends, who struggled with their weight. We’ve been told by our health care system to control our portion sizes, eat more grains, fruits, vegetables, and avoid saturated fat and animal foods, and exercise more.

However, obesity and related issues continue to rise. Why is this? Dr. William Davis, M.D., author of Wheat Belly (Amazon link), explains reasons why wheat has played a prominent role in the demise of our health.  On his web site, he reveals that even if you have cleaned up your diet and are eating non-processed, real food, you may still experience challenges maintaining normal weight. The missing element in this puzzle may be iodine, and here’s why: iodine is a nutrient that has diminished in our food supply in the amounts necessary for health. In the earlier part of the 20th century, the U.S. government encouraged the adding of iodine to salt to remedy the problem of a rise in goiter, which has been linked to lack of iodine. Goiter affects the thyroid. When the thyroid isn’t working properly, many different problems arise in the human body including infertility, brain fog, hormonal imbalance, fatigue, and weight gain.  In the 1920s, after iodine was added to salt, the incidence of goiter began to disappear. But soon afterward, the FDA and health care professionals began recommending patients reduce salt intake because of hypertension in those genetically susceptible, edema or water retention, and other conditions linked to over consumption of sodium.  The importance of iodine was completely overlooked! Something else that was completely dismissed was the fact that the salt most people were eating was refined salt that didn’t contain many other important trace minerals.

As an important aside, Dr. Davis doesn’t address issues with Roundup and the active ingredient, Glyphosate, being applied to wheat fields. But, his web site does feature an insightful article talking about this phenomena with a write-up by farmer Keith Lewis. Mr. Lewis confirms that commercial wheat, although not genetically-modified, does receive spray applications from this product. There are definitely implications on our health from consuming Roundup ready wheat and other crops, as well as those which have a built-in pesticide such as genetically modified Bt corn. Read more about Glyphosate, the active ingredient in Roundup in this article discussing the research of Dr. Stephanie Seneff, PhD.

What if I’m eating real organic foods, and not experiencing weight gain? Do I still have to worry about iodine?

There are many people who are able to maintain their normal weight. And there are certainly other examples of those who can’t maintain normal weight – like me. I’ve come to realize that everyone’s body reacts differently to any environment, diet, lifestyle and other factors. What might cause a symptom in one person could cause an entirely symptom in someone else. But I’ve also learned something else: our bodies contain organ systems that are not isolated from one another.  In other words, each organ system is connected in a variety of ways. Conventional health care practitioners tend to disregard this significant connection!

For example, we’ve learned much in the last 5-10 years about the connection between the gut and brain, and the immune system and other organ systems. Dr. Natasha Campbell McBride, M.D. has been a pioneer in research and clinical treatment of patients with gut-brain disorders including autism, ADD/ADHD, depression, schizophrenia and others on the related spectrum. Her book Gut and Psychology Syndrome (Amazon link) is an insightful read which provides scientific research, discussion of what causes these challenges and dietary recommendations to address root causes. This book is recommended for anyone to read, but especially for those with a child who has been diagnosed or who are personally experiencing symptoms characteristic of the GAPS (Gut and Psychology) Syndrome. Dr. Kelly Brogan M.D.’s book, A Mind of Your Own (Amazon link) is another excellent resource for treating depression and related issues naturally.

But, if we don’t have iodine in our diets, our thyroids can malfunction very easily.  As an industrial nation, the U.S. is deficient in iodine. Most of us aren’t consuming enough seafood – an abundant source of iodine – and most of the other food we consume comes from processed sources such as breads and cereals (i.e., no iodine or if it is added, it’s a fortified, synthetic version which likely doesn’t include co-factors necessary to absorb iodine properly which include magnesium, selenium, B vitamins, and Vitamin C … see this article for more on companion nutrients for iodine), or the food has been raised or produced in depleted soils which lack iodine.

The bottom line is: even if you are eating a diet which includes organic, real, and whole foods … or even traditionally-prepared foods as our ancestors would have eaten such as bone broths, sauerkraut, raw yogurt or kefir, and traditional fats like butter, cream, and cheese or raw milk, you may still have an iodine deficiency.

Weight gain is not the only symptom of iodine deficiency

Consider the symptoms of modern health epidemics which could be connected to iodine deficiency:

So, even if you don’t have challenges keeping normal weight, you could still be deficient in iodine. This is because many other systems in our bodies require iodine to function optimally: breasts, adrenal glands, our reproductive organs, digestive system (pancreas), stomach, skin, and the brain. Watch this video from Dr. Jorge Flechas on why the entire body needs it.

It’s important to remember, anyone who has a thyroid problem may exhibit different symptoms, as we are all unique! As one example, I’ve never experienced issues with being overweight, mine has always been the opposite. I’ve also never had a visible goiter. And yet, I’ve had many of the other symptoms on this list, and been diagnosed with a blood test as having markers of hypothyroidism.  Since changing my diet to real, traditional foods, most of my symptoms have vanished, including that I am now at what I believe is a normal weight for me. However, I have experienced fibrocystic breast cysts and ovarian cysts over the last 10+ years, and those have not resolved yet.

I’m currently on an iodine protocol with recommendations from a practitioner I found online. This protocol is the most sensible of any I’ve tried, and I know because I’ve already been through this protocol twice with no results. My previous attempts at the iodine protocol, I believe, were not successful because I was not getting the ratios of co-factors correct, nor was I using the right types of co-factors. For instance, I was using a low-temperature dried, real food source Vitamin C product. However, this product wasn’t absorbing properly, and the dosage also wasn’t high enough. Vitamin C is necessary to heal the iodine transporter system which has possibly been damaged by other halides (chlorine, bromine, and fluoride which are found in our water supply, bottled water, and many processed food and other products), aids in cellular uptake of iodine, and is a key antioxidant for detoxification. Now I’m taking a liposomal Vitamin C product that is hand-crafted by an RN turned holistic practitioner. It is truly all-natural and contains co-minerals and trace co-factors, and real food sources of Vitamin C.  Visit 12foru to purchase this and many other naturally-produced, organic, and wild-crafted supplements, essential oils, and other health products.

For more information on using iodine and co-factors for healing of health issues, read Lynne Farrow’s book The Iodine Crisis: What You Don’t Know About Iodine Can Wreck Your Life (Amazon link).

Incidentally, iodine is a nutrient/mineral that chelates unwanted substances in the body such as harmful halides: bromine, chlorine, flouride, thiocyanate, cyanate, nitrate, pertechnate and perchlorate. It is also effective for removal of heavy metals including mercury and lead.  If you have chronic health issues whether it be challenges with weight loss or anything else, chances are, you could benefit from proper iodine protocol supplementation.

Why higher doses of iodine are becoming important

Over the years, I’ve read practitioners cautioning against the consumption of too much iodine, which according to some sources can lead to subclinical hypothyroidism. This disorder can occur when the thyroid produces too little thyroid hormone. However, some practitioners are now recommending higher doses of iodine which have been advised in the past. This is due to:

1) gross deficiencies of the mineral and

2) the mounting number of toxins, chemicals, and pollutants in our environments

Iodine actually enables our cells to flush out toxins and harmful chemicals, especially harmful halides such as fluoride and bromine which have a lower atomic weight than iodine. If too much iodine is consumed, the body flushes it out via the urinary tract. An example of this is the iodine used in CT scans in hospital environments. It is not uncommon for dosages of 8,000 to 16,000 milligrams to be used in these procedures. In studies from the early 1900s, higher-than-typical doses of iodine were used in multiple instances to treat disease conditions including cancer. Read more about this from The Tree of Life Center U.S.

Most RDA and government advisories on nutrition recommend much lower doses than are actually needed for optimal health. As one example, a paper from the NCBI cites the RDA for Vitamin D as inadequate for elderly and also those who don’t receive regular sun exposure. In 2014, Dr. John Cannell wrote about the flaws in official recommendations for RDA of Vitamin D.

Dr. Thomas Cowan, M.D. talks about the ability of iodine, herbs, and fermented foods to perform the task of emptying the body of toxins in his article about radiation sickness published on the Weston A. Price Foundation web site. Dr. Mark Sircus, Ac., OMD, DM discusses the important role iodine can play in mitigating effects of electromagnetic pollution and Wifi exposure. These forms of pollution, although not visible, are causing the health and medical communities to examine the possible dangers to our health. In 2011, The International Agency for Research on Cancer released a document on the risks of radiofrequency electromagnetic fields from wireless communication devices.

Have you experienced an iodine deficiency? If so, what approach or protocol have you used?