Is Glyphosate in Roundup a factor in digestive, brain, and other health disorders? 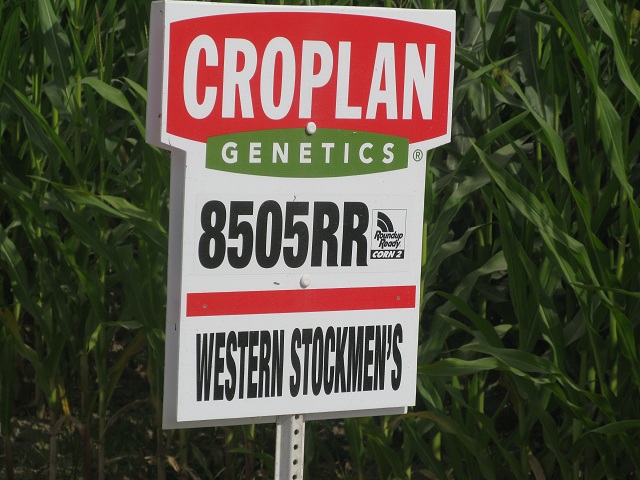 Do you have gluten-intolerance, wheat sensitivities, Celiac disease, or some other digestive issue?

Although we’ve seen a great deal of literature and evidence pointing to wheat and in particular, gluten, as a culprit of digestive illness, wheat may not be the biggest issue at hand.

Your symptoms may not be related to gluten, but instead, a toxic chemical used by many farmers on crops such as wheat and others including soy, corn, canola, and others to deter insects. Glyphosate, the active ingredient in Roundup has been suspected for sometime as a major cause of modern chronic digestive and other health disorders.

This information is just a year and a half ahead of the recent announcement from the World Health Organization that the substance in question is likely a source of carcinogens to human beings.

How does Glyphosate affect the gut?

Monsanto claims their product to be “minimally toxic” to humans, but Stephanie Seneff, PhD, an MIT scientist has uncovered some startling information in her recent research from 2013. Seneff and her colleague Anthony Samsel believe Glyphosate, the active ingredient in Roundup, has an adverse impact on gut bacteria and may be a culprit in digestive disease and related conditions.

Glyphosate eliminates weeds by disrupting a metabolic process known as the shikimate pathway in plants.  This pathway is necessary for synthesis of amino acids phenylalanine, tyrosine, and tryptophan. Because this pathway is absent in mammals, Monsanto claims that Roundup is “minimally toxic” to humans, and therefore does not pose a threat to health when consumed.

However, bacteria which reside in the digestive tracts of mammals do possess the shikimate pathway.  According to Seneff, the microorganisms in our gut are critical to health and when compromised by toxins have an impact on our well-being: “the gut microbiota synthesize vitamins, detoxify xenobiotics, and participitate in immune system homeostasis and gastrointestinal tract permeability. Furthermore, dietary factors modulate the microbial composition of the gut.”

Glyphosate has been observed to interfere with this pathway in the the microorganisms or bacteria in the gut, and causes a deficiency in the synthesis of critical amino acids needed for optimal health. Research shows how the toxin disrupts bacteria in pigs, chickens,  and cattle, causing gut inflammation and an overgrowth of pathogenic bacteria, and subsequent loss of beneficial bacteria.

In the last 10 years, the incidence of inflammatory bowel diseases and food allergies have shown a marked increase.  A CDC survey shows that one in 20 children now experiences food allergies. This is a 50 percent increase from the late 1990’s.  Eczema and other skin allergies have increased by 69 percent.  One in eight children are now affected.  Scientists now know that food allergies and skin disorders are connected to compromised gut bacteria.

The relationship between the gut and brain is a critical one, and research shows how a compromised digestive system can be a culprit in the development of pathologies in the brain.  Our gut bacteria, out-numbering our cells ten to one, are critical to protect our bodies from exposure to toxins.

Scientists now know that when toxins enter the digestive tract, those can also penetrate the lining of the intestinal wall, enter the bloodstream, and eventually make contact with the blood-brain barrier.  Other examples include the observation of mercury and excitotoxins (laboratory-engineered chemicals) making their way to the brain and nervous system, and causing damage.

Penetration of the blood-brain barrier by toxins is a factor in a variety of chronic auto-immune issues including Autism and related spectrum disorders, as well as the more obvious digestive-related problems.  Autism and related disorders have been scientifically observed to be present with bowel diseases.

Here is a list of studies linking autism and gut disorders:

Microbial Ecology in Health and Disease

For additional reading, I recommend Gut and Psychology Syndrome by Dr. Natasha Campbell McBride and Excitotoxins by Dr. Russell Blaylock, via Amazon affiliation.

The studies speak for themselves, but I want to include this powerful video interview with Jeffery Smith from the Institute for Responsible Technology and Ms. Seneff, as the discussion nicely illuminates the information she uncovered in her research:

Abstract of the article from Stephanie Seneff and Anthony Samsel:

“Glyphosate, the active ingredient in Roundup, is the most popular herbicide used worldwide. The industry asserts it is minimally toxic to humans, but here we argue otherwise. Residues are found in the main foods of the Western diet, comprised primarily of sugar, corn, soy and wheat. Glyphosate’s inhibition of cytochrome P450 (CYP) enzymes is an overlooked component of its toxicity to mammals. CYP enzymes play crucial roles in biology, one of which is to detoxify xenobiotics. Thus, glyphosate enhances the damaging effects of other food borne chemical residues and environmental toxins. Negative impact on the body is insidious and manifests slowly over time as inflammation damages cellular systems throughout the body. Here, we show how interference with CYP enzymes acts synergistically with disruption of the biosynthesis of aromatic amino acids by gut bacteria, as well as impairment in serum sulfate transport. Consequences are most of the diseases and conditions associated with a Western diet, which include gastrointestinal disorders, obesity, diabetes, heart disease, depression, autism, infertility, cancer and Alzheimer’s disease. We explain the documented effects of glyphosate and its ability to induce disease, and we show that glyphosate is the “textbook example” of exogenous semiotic entropy: the disruption of homeostasis by environmental toxins.”

Why should we be worried about Glyphosate if we don’t consume wheat?

Wheat is not the only crop which receives Roundup spraying.  A majority of GMO as well as conventional, non-GMO crops such as soy, corn, cotton, sugar beets, and canola plants are engineered for tolerance to Roundup application.

According to the USDA, as of 2012: 99% of durum wheat, 97% of spring wheat, and 61% of winter wheat has been treated with herbicides. Roundup is also used widely in residential environments by homeowners to reduce and eliminate weeds. Due to the fact that Roundup is now one of the most widely-used products to eliminate weeds in both instances, it is more than safe to say that Glyphosate is now a ubiquitous component in our food supply.

How can we be sure Glyphosate is accumulating in our bodies?

In agricultural markets, Glyphosate-containing herbicides are a top selling product. In 2013, Monsanto’s Roundup sales increased by 73 percent to $371 million as an marker of its increasing use. During testing, Glyphosate residues have been found in urine, breast milk, and drinking water.

In 2013, Friends of the Earth commissioned testing to determine whether Glyphosate was present in urine. From Cornucopia Institute:

‘The FoE test  is the first of its kind in Europe to test for the presence of the weed killer in human bodies. Spokesperson for Friends of the Earth Europe, Adrian Bebb said on their website: “Most people will be worried to discover they may have weed killer in their bodies. We tested people living in cities in 18 countries and found traces in every country. These results suggest we are being exposed to glyphosate in our everyday lives, yet we don’t know where it is coming from, how widespread it is in the environment, or what it is doing to our health.”

In 2014, Moms Across America and Sustainable Pulse commissioned testing to determine if Glyphosate was detectable in two types of human bodily fluids.  Besides uncovering notable levels of Glyphosate in breast milk, the test also analyzed 35 urine samples and 21 drinking water samples from around the U.S.  Results showed that Glyphosate levels in urine were over 10 times higher than those discovered in a similar survey conducted in Europe by Friends of the Earth Europe in 2013.

For water samples: “13 of the samples contained glyphosate levels of between 0.085 ug/l and 0.33 ug/l. This is well below the levels found in both urine and breast milk but is still cause for concern, as the European (EU) maximum allowed level for glyphosate in drinking water is 0.1 ug/l.”

If I have digestive disorders, what can I do to recover?

In light of evidence showing harmful effects of Glyphosate on the digestive tracts of mammals consuming GMOs and our own gut bacteria, I recommend avoiding any and all wheat and other crops that are sprayed with Glyphosate, non-GMO and otherwise.  Read 4 ways to avoid GMOs in your diet.

Eating real, organic food sourced from mindful farmers you know and trust, or companies you have researched and know their practices really can go a long way to supporting optimal health and preventing disease. My family has been on a journey during the last 10+ years to include real, nutrient-dense foods, remove harmful substances from our diets, and eliminate chronic health issues. I can definitely say the changes we’ve made have been worth our efforts, and a majority of the health challenges we’ve faced have resolved or greatly improved as a result! Read my experience in healing chronic insomnia and panic/anxiety issues which I experienced for over 20 years.

For additional education, I recommend Seeds of Deception by Jeffery Smith and the film GMO OMG via Amazon affiliation.

Have you eliminated GMOs from your diet? If so, what benefits have you experienced?