Deceptions in the food industry: low-sodium and no salt added 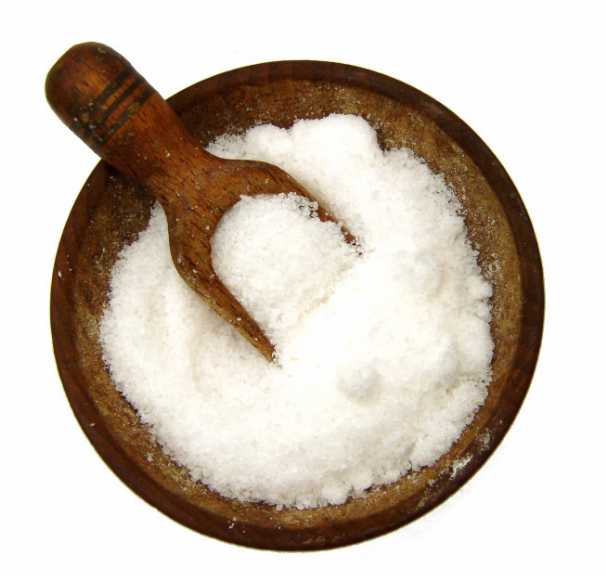 Continuing with the Deceptions in The Food Industry series, today we’re talking about salt. Has your doctor advised you to lower your salt intake for your health? If so, there are a few things you ought to know about processed food products sold in stores, some of which claim to be healthier because the label reads “low-sodium” or “no salt added”.

Salt is not what you think it is

The first thing to know is that most processed foods *do* contain abnormally high levels of sodium. This is mostly to make otherwise unpalatable food taste appealing. Due to processing, refined salt contains little else besides sodium chloride, and to add flavor to foods, more of this chemical must be added.

The type of salt used in processed foods is the highly-refined variety comprised of sodium chloride and devoid of important trace minerals. When you eat processed foods containing this kind of sodium, you are adding a deadly poison to your body that it then attempts to protect the tissues from by retaining water (edema). This causes weight gain, pain, fatigue, and other health issues.

According to Dr. Joseph Mercola:

“For every gram of sodium chloride that your body cannot get rid of, your body uses 23 times the amount of cell water to neutralize the salt. Eating common table salt causes excess fluid in your body tissue, which can contribute to:

When you consider that the average person consumes 4,000 to 6,000 mg of sodium chloride each day, and heavy users can ingest as much as 10,000 mg in a day, it is clear that this is a serious and pervasive issue.”

Refined salt also contains other substances which are harmful to the body.  According to Dr. David Brownstein:

“All food-grade salt available in the U.S. must comply with the National Academy of Science’s Food Chemicals Codex Sodium Chloride Monograph (1996). Up to 2% of food-grade salt may contain anti-caking, free flowing, or conditioning agents. These agents may include sodium ferrocyanide, ammonium citrate, and aluminum silicate. None of these products have any positive effects in the body. Dextrose, also known as refined sugar, is used as a stabilizer so that iodide will stay in the salt. The final purity of food-grade salt is between 99.7-99.95% “pure”. Pure refers to the sodium and chloride content. The other ‘impurities’, including healthy minerals and elements, have been removed from refined salt.”

Why is salt refined? Marketing through the food industry and the health industry has convinced consumers there is no difference in nutritional value between refined table salt and sea salt, and that the consumer will be more likely to purchase it because it appears “cleaner” and less “impure”.  Another reason is that unrefined table salt tends to clump when exposed to moisture, suppliers and merchants lose money when products on the shelves become un-sellable.

How can a low-salt diet be harmful?

Studies of low-salt diets have found reducing intake was linked to various health problems including a precursor to diabetes, insulin-resistance, heart disease, and premature death.

More evidence, published in a study in the New England Journal of Medicine on the increased risk of cardiovascular disease and death due to low-salt diets (2014)

Salt is vital to health

We actually do need salt for all aspects of human health, contrary to popular health recommendations. Without it, we would die.

“Sodium is so important, in fact that humans have a specific sensor on the tongue that can detect salt. Thousands of years ago, when the diet of humans was potassium-rich and sodium poor, this sensor for salt was a crucial survival tool. Nature, in her infinite wisdom, devised a way to help humans (as well as animals) seek out salty foods so they could be assured of receiving adequate sodium from their diets. This is important because sodium – often found in the form of sodium chloride or salt – plays countless roles in the body.”

Salt contains essential minerals that help us to maintain normal blood pressure, support our adrenal glands, endocrine, and immune system. Salt also plays a vital role in maintaining the integrity of fluid between our cells (often called “extracellular fluid”). Minerals in salt help maintain the integrity of our cells. Those minerals must remain in balance to allow the absorption of nutrient and excretion of waste within the cell membranes. If we are deficient, cell permeability is lowered and the health of all the cells is compromised.

Salt plays an important role in maintaining the cells blood and lymphatic fluid in our bodies. It is also necessary for our bodies to produce hydrochloric acid for digestion. Sodium works with potassium to maintain proper nerve function and contraction of muscles (as one example, the heart, which is the hardest – working muscle). Salt is necessary to maintain several kinds of equilibrium – electrolyte balance, and pH (acid/alkaline) balance, without which can cause many different health issues.

Unrefined sea salt, celtic sea salt, Himalayan Salts and other similar salts which contain dozens of trace minerals are essential to health and are preferable to refined, highly processed, white salt that mainly consists of sodium chloride, anti-caking agents, and other undesirable ingredients. One harmful ingredient added to refined salt is aluminum. Aluminum acts as a drying agent to prevent clumping in the salt. Added aluminum and the absence of essential trace minerals is a deficit to your health. Aluminum is considered a toxic metal and has been linked by researchers to dementia-causing conditions such as Alzheimer’s disease.

For additional minerals, the following are also natural and beneficial:

Did you miss other Deceptions in the Food Industry posts?